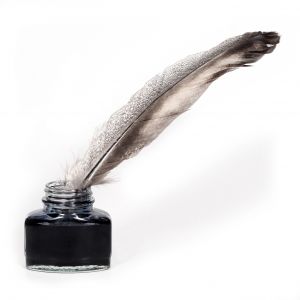 I never thought I would want or need to use a pen name. I don’t write erotica, and I don’t live in a time where I need to hide my gender in order to sell books in my genre. (Thank you, C.J. Cherryh, Andre Norton, and all the other pioneers who paved the way for the rest of us.)

I even remember coming across a book co-authored by Nora Roberts and J.D. Robb, and thinking how silly it was, especially when I saw two photos of the same woman on the back cover with different hairstyles and makeup.
Now I think I understand a little better.

“Of course, I would publish all my books under my own name. They’re all me!”

This was the way I used to think. But I’ve finally come to realize an author name is so much more than the person who wrote the book. The author’s name also transmits information to potential readers of what their books are about. You don’t see the name Nicholas Sparks and expect a gory horror novel. But if that’s what his newest book turned out to be, a lot of people would probably be pretty upset once they started reading—not necessarily because the book would be poorly written, but because it wouldn’t be what they were expecting (or maybe interested in). It would feel like a betrayal, especially to longtime fans.

One of the most powerful cases of author branding I’ve seen is for J.K. Rowling’s recent, adult novels. When The Casual Vacancy came out, it flew off the shelves. But as people began reading, I kept hearing the same complaint over and over: “It’s nothing like her Harry Potter books.”

The Casual Vacancy has a completely different look and design from the Harry Potter series. It’s even shelved in a different section at the bookstore. In many ways, it seems obvious that it would be completely different. But people bought it because it had J.K. Rowling’s name on it, so many of them wanted the kind of book she had given them before.

Fast forward to the release of Cuckoo’s Calling, published under the name Robert Galbraith. The book was well-reviewed, but it wasn’t showing spectacular sales. Then someone leaked that Robert Galbraith is a pseudonym for J.K. Rowling. Suddenly the sales went through the roof, and stores couldn’t keep the book in stock. Even though it’s still not a Harry Potter book, people started freaking out because it was written by the author of that series.

Obviously not every author has the kind of name recognition as J.K. Rowling. On the one hand, releasing The Casual Vacancy under the same author name was a smart play because it sold more books, but on the other hand, there were a lot of disappointed readers who bought those books expecting one thing while getting another. That kind of breach of trust can cause a ripple effect, no matter how good the book may be. The readers who feel the most betrayed often end up writing harsh reviews and telling everyone they know how disappointing the book was, driving away potential readers. It’s a double-edged sword.

I’ve been writing pretty much exclusively in the world of Lasniniar for over a year now. This has given me the itch to break out and write something completely different to prevent the series from becoming stale for me. I will continue to write Lasniniar and other epic fantasy books as Jacquelyn Smith, but I wanted to try my hand at another genre to break things up. Since I’m not a household name, it made more sense to write under a pseudonym.

In the next few months, I’ll be releasing my first action/thriller novel as Kat Irwin. My fantasy writing is already fairly action and dialogue driven, so this felt like a natural transition. I have no intention of keeping this alter ego a secret. I’m using a pen name to avoid confusion among potential readers, and to brand the two genres separately. I fully realize that some of my existing fantasy readers may be interested in following me on this journey, while others will not.

If you want to check out my new Kat Irwin project, here are some links:

These are all relatively new right now, but updates will be posted in the near future.

What are your thoughts on using a pen name?