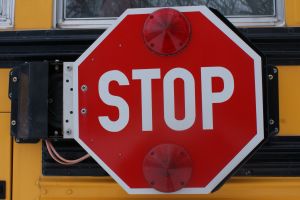 When I was in high school, I took every English class available. (The Quest Literature course was my favorite.) Most of the time, these classes involved writing a ridiculous amount of essays, but every once in a while, there would be a creative writing assignment.

I was good at the essay stuff, but I loved creative writing. When these assignments came up, the teachers would take the opportunity to pass along some writing advice. I would take their tips to heart (especially since they would be the ones grading my work), and their methods gradually became an ingrained part of my writing.

I’m sure they meant well, but in retrospect, their advice on fiction writing was often the complete opposite of what I should have been doing. Oh, how I cringed when I first read Stephen King’s On Writing, and realized the extent of the blasphemies I was committing… Here are the top three habits I’ve struggled the most to correct:

Use adverbs as much as possible.

“Don’t just tell me what the character is doing. Tell me how they’re doing it.” I remember hearing this advice many times. There were even writing exercises, where we brainstormed adverbs to use. Soon, my writing was riddled with them. My characters never just did something, they had to do it quickly, quietly, craftily, saucily, etc.

It hurts my head just thinking about it. If only my teachers had focused on choosing the right verb instead of obsessing over what adverb to prop it up with… It seemed to take me forever to shake this bad habit. Now, I find myself analyzing every adverb I come across. Does it really need to be there?

Use the word ‘said’ as little as possible.

“‘Said’ is a boring word. No one wants to read the word ‘said’ over and over. Expand your vocabulary, and use different words instead.”

Oh, dear god. Now, instead of just talking, my characters were gushing, exclaiming, inquiring, requesting… The list went on and on. Again, we had exercises where we brainstormed different words for ‘said’ and ‘asked’.

The whole point of the word ‘said’ is that it is boring, which makes it the perfect secret agent for dialogue. It’s so bland, it’s practically invisible. It drives the reader’s focus to the content of the dialogue, not the tags. I feel sorry for anyone who read any of my writing while I was still applying this particular tip.

Be as wordy as possible.

This advice started with essay writing, but ended up sneaking into creative writing as well. My teachers seemed to love it when I sent them into a word-induced coma of ecstasy with my extravagant vocabulary and diarrhea of the pen, which only encouraged me to employ this tactic as much as possible.

This habit is by far the most insidious. I’ve gotten better, but I still catch myself slipping empty phrases into my writing every now and then. (‘In order to’ is the offender that shows up the most.) Still, my writing is so much tighter than it used to be.

Here are the steps I’ve used to work past these bad writing habits:

What bad writing habits have YOU learned from someone else? How did you work past them?